I bought some Coca-Cola (KO) stock on Tuesday.  I had a buy stop limit order on it so if it kept going down, I could buy cheaper and if it went up 2% my order would trigger.  It triggered.

The biggest reason I bought this stock:
It’s on sale. Attention Kmart shoppers, the blue light is on!

The KO purchase will add $644 of annual dividend income for my family.  And we should see a dividend raise announced around 2/18/2017 since KO is a Dividend Aristocrat.

Below is the only chart I looked at when making the purchase decision. All the numbers I mention above are there. 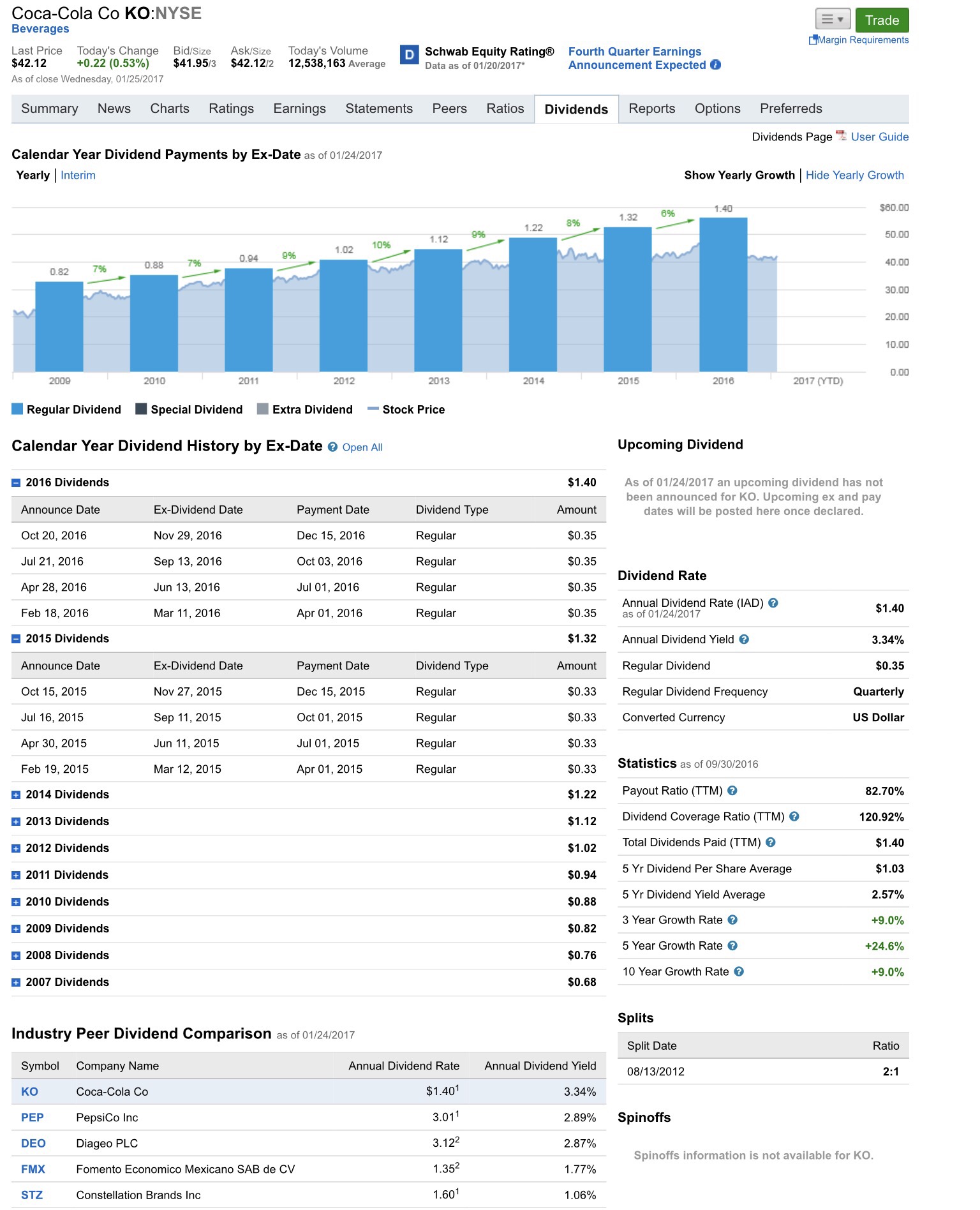 This entry was posted in Dividends, Investing, Stocks. Bookmark the permalink.