Taxes, Avoid Them If You Can

Old joke:  Two tax advisers meet for drinks after work. The first one says, “What’s the difference between tax avoidance and tax evasion?” The second one answers, “Ten years in jail.”

But seriously, you work very hard for your money and should do anything legally you can to avoid paying taxes that you don’t have to.

I first started to look into a way to limit my family’s tax exposure in 2012 when I heard Mitt Romney made like $20 million and hardly paid anything in taxes.  Now at that level of income/wealth, I’m sure he is doing all kinds of tax avoidance based on recommendations from his tax team of advisors.  First thing I did was pull out the tax tables and look at them.  At the highest rate, investment income is taxed at about half of what regular income is (20% vs. 39.6%).  I don’t know about you, but I certainly do not like the idea of making more from my salary only to have the government take a higher percentage. 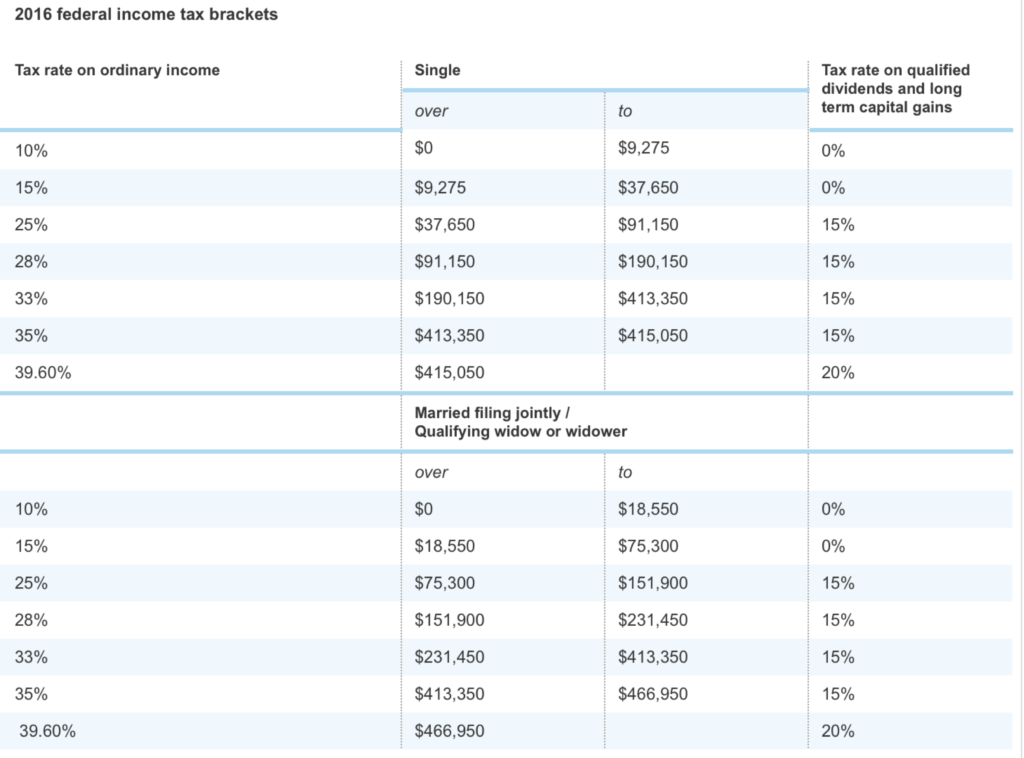 The right side is the income tax rate you pay on long term investments and qualified dividends.  This is the income you have planned and saved for.  Once built up, it does not require you to trade your time for money.  This income is generated whether you are working or not.  You want this type of income to be Financially Independent.

Right side, If a married couple was not working and had money in a normal, after-tax brokerage account, they could make $75,299 and pay $0 in taxes.

When I really understood the chart above, it was a real eye opener.  I simply don’t understand why this kind of information is not taught to everyone and in a simple manner, in high school.

If you would like to see someone who has been doing this for a few years, check out, Never Pay Taxes Again.   He puts his family’s tax returns online each year.  This site taught me a few things.

This entry was posted in Taxes. Bookmark the permalink.